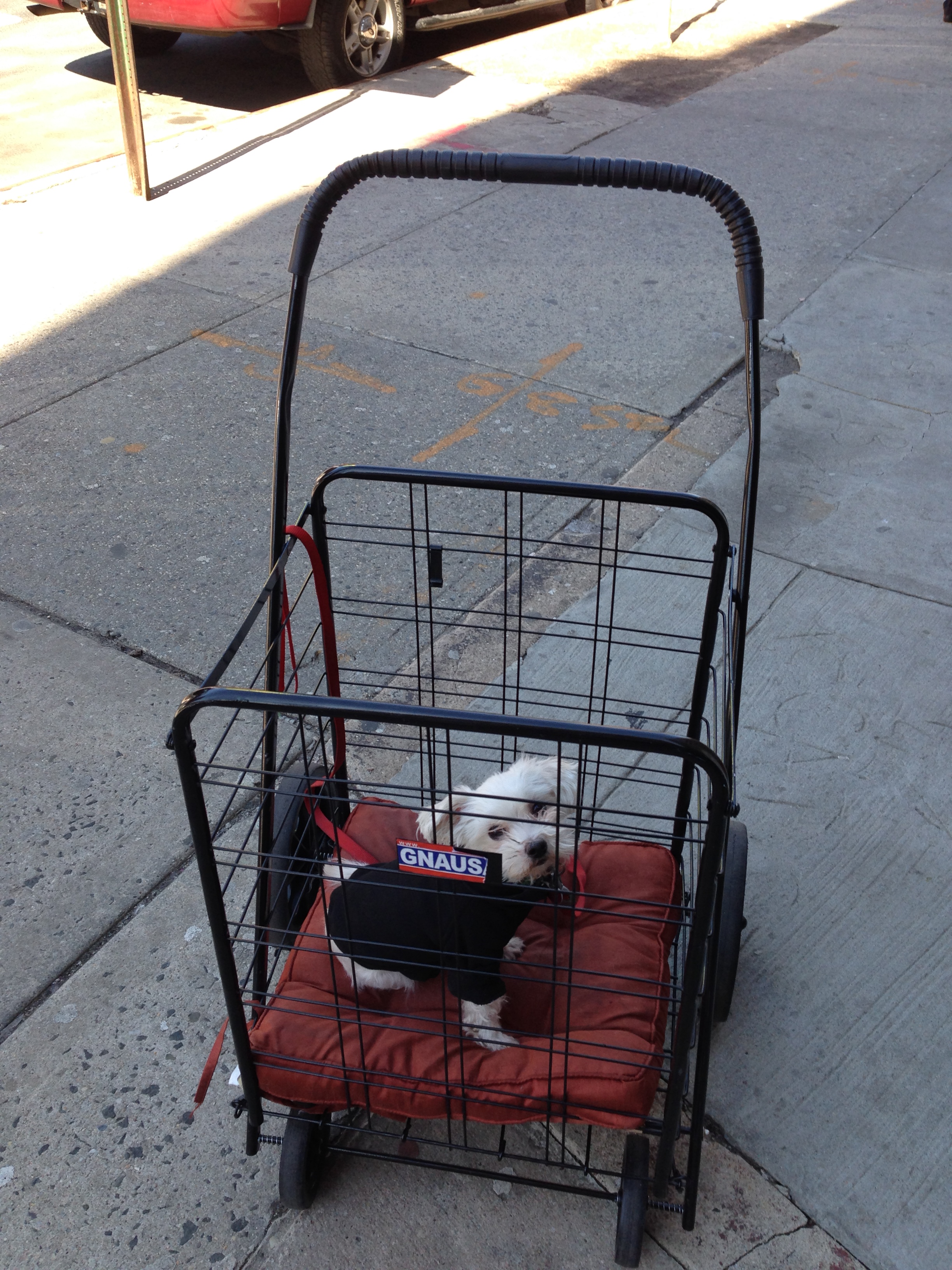 It was a Friday night and I was bored. Our people were gone and it was just me and MoongChee sitting there, staring at each other. MoongChee is a small, white dog, with various annoying habits. He smells. He’s always licking things, and he prances around like a dancer.

“Wanna play chase?” I asked MoongChee. “I’ll even give you a head start.” Most dogs are supposed to chase cats, but in our home it works the other way around. The way it it’s supposed to be.

“OK, so I guess not busy. Maybe just tired from tap dancing,” he corrected.

I decided to see what was going on in the rest of the apartment. I got up and went for a little mosey into the kitchen. I made my way up onto the counter and took a look around. Just then, I spotted something fun for the evening.

I hopped down off the counter and went back over to MoongChee.

“It’s a new game called the back-up game. You try to see how far you can back up without hitting something or falling over.”

“I guess it’s better than just sitting here,” he said.” Besides, I can beat you in any game we play. I’ll even go first to prove it.”

Just what I wanted to hear.

I had him follow me to the kitchen and then close his eyes. That was part of the game, I told him. What I hadn’t told him was that there was a pool of water behind the counter and he was about to walk right into it.

“Alright, show me what you got,” I told him. And so he proceeded to walk back, back, back…. Suddenly, he took one more step and went sliding and skidding, shooting his legs out in all directions, until CLOMP! he fell flat on his butt.

He was oblivious. He already had his nose in the water. Disgusting. Incorrigible. That’s what he was.

"I love to write, create, laugh, and inspire.”