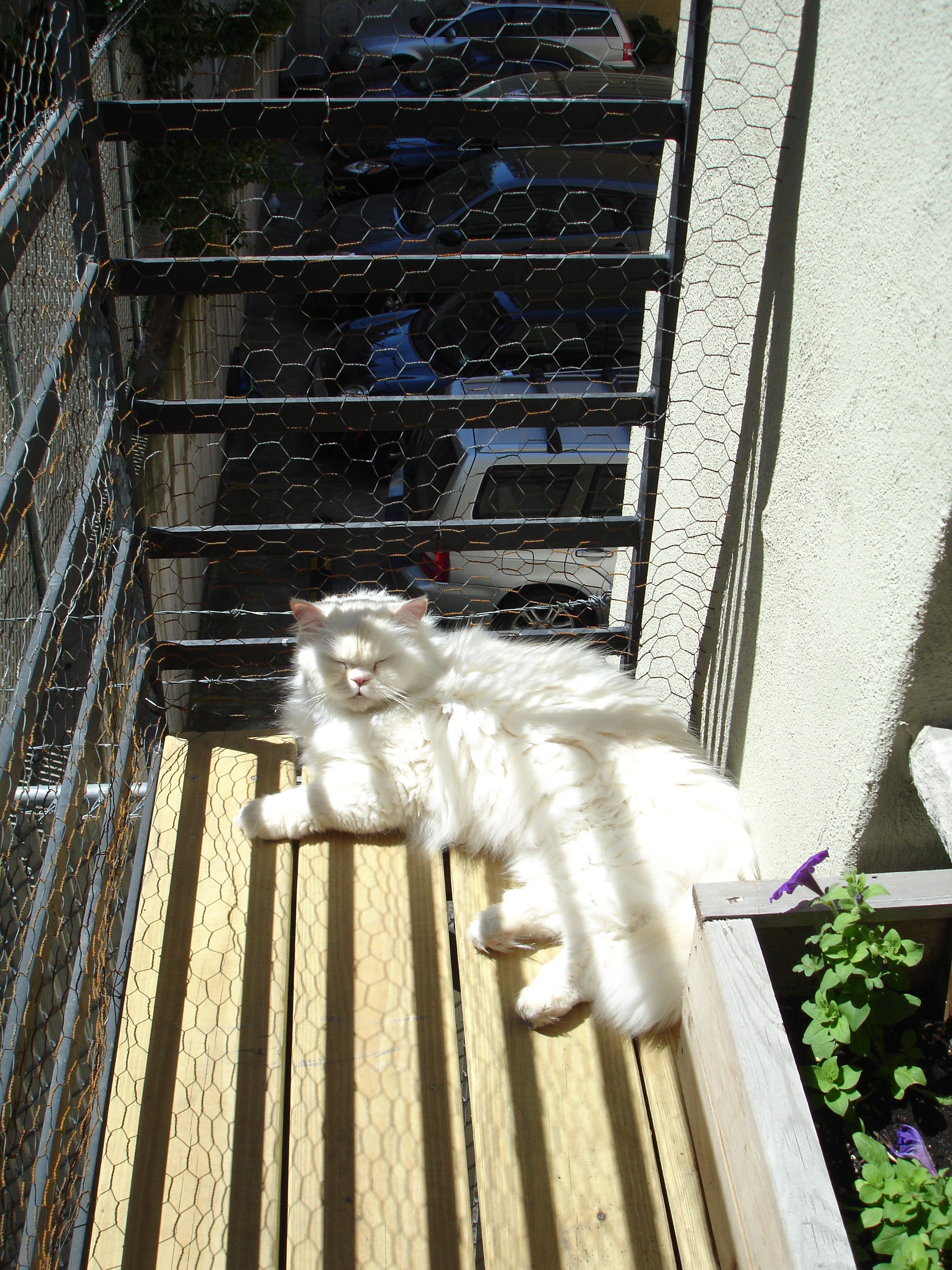 Jabberwocky walked down the snowy sidewalk, which was as white as his blinding fur. He meowed at a puddle and tapped at it with his paw – he was thirsty and tried to take a sip from the puddle, but stopped when he realized it was frozen. He frowned at his reflection, moving forward into the gloomy streets. Each winter was getting harder for him, and he wasn’t sure if he would make it to Spring this year.

“Being a street cat is hard, but it’s even harder alone,” Jabberwocky said to himself. Sometimes when Jabberwocky was feeling lonely, he would speak to himself to make himself feel better. “Almost as hard as that puddle!”

He retreated into an alley, purring at the other cats that huddled around each other, keeping one another warm. Jabberwocky tried to join in, but the cats hissed – they were a family, their own clique, and they wanted nothing to do with him. So, sadly, Jabberwocky continued down the alley, sighing and trudging. He shivered from the icy rain that fell like prickly spikes, and he stopped beneath an awning to take a nap. He shut his eyes and remembered a girl that took care of him when he was very young. She would give him milk, delicious bread, and sometimes fish, and anytime Jabberwocky was lucky enough to get his paws on some fish in a dumpster, or perhaps outside a restaurant, he always thought of that little girl.

That was long ago, before Jabberwocky had gray hair, and before he was a street cat – he misses the comfort of the little girl’s bed, the feeling of her hand behind his ear. He jumped up on a dumpster, and suddenly the rain stopped. Inside of the dumpster, he saw a few rats and Jabberwocky smiled at the potential friends. “Hello!” Jabberwocky shouted to the rats. “May I come in and feast with you?”

Jabberwocky frowned as he jumped into the dumpster, looking through the food. There was a slice of pizza with delicious anchovies on top – his favorite. “At least there is some good food in here,” he said to himself, his voice echoing through the dumpster. He bit into the fishy pizza and smiled, looking up at the moon. “Now that’s the stuff,” he said. “That’s it.”

That’s what Jabberwocky pondered and daydreamed as he curled up on the bathroom mat, next to the shower, and considered what his life *might* have been. And with that, he fell asleep, content enough except his dreams of open fields of clover and moths.

I love life, the art of drama, but most importantly, I love writing.