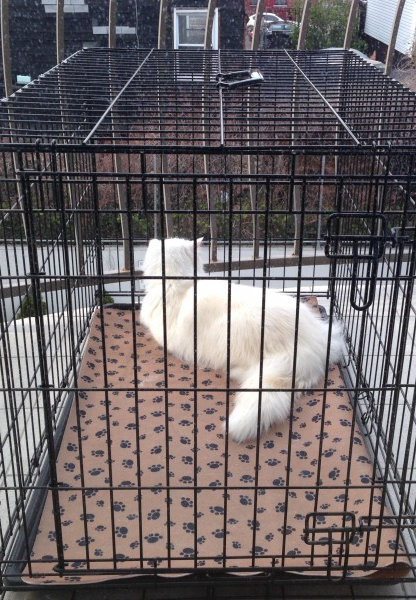 The city is sprawling and twisted, a labyrinth built by human hands. The alley way is no different. It’s not overly dark, but it’s crowded and filthy. Three large green dumpsters sit up against the side of the foreclosed pizza shop, and a few metal trash cans butt up against the far wall connecting the two buildings.

Jabberwocky sits on top of one, tail wrapped around his paws. Dusk spreads across the sky like an awful bruise, but there are still many miles to travel before he’s able to sleep.
At the base of the trash can, a small black tom cat is stretched out. His left ear is nicked. “We gonna be here a while? I can go try and round us up some food.”

“We shouldn’t be. There’s still a lot of space between us and the forest.” Jabberwocky uncurls himself, stretches, and jumps down next to the younger tom cat. He bumps Tigs on the shoulder with his head, gives a purr of laughter when said black cat rolls onto his back and kicks up towards the sky. “You still want to go there, right?”

Tigs eyes are bright when he says, “more than anything.”

Because this city, it’s a rough and horrid place. The dogs run wild and the humans have little time for two stray cats, too busy bustling this way and that, with their cellphones and their cars and their busy lives.

And so, bone tired, they rise to their paws. And they walk ever onwards – past the reek of nature’s decay, over the roads that dig into their paws, away from the civilization that keep so many of them captured.

By dream’s end, Jabberwocky awakes, nestled in fur, in beautiful Brooklyn. He’s glad it’s a nice place to live, but also glad for the dream.

I'm a blue eyed Himalayan cat who breaks the record on handsome.